A downloadable Visual Novel for Windows, macOS, Linux, and Android

Spirit: Summoners of Áine-Chlair contains strong language, abuse, violence, bullying, trauma, death, and references/discussions about suicide, and is intended audience over the age of 18.

Spirit: Summoners of Áine-Chlair is a semi-linear episodic visual novel focuses on the life of Daigo "Damian" Minazuki (水無月 大悟 Minazuki Daigo), a 23-year-old wolf who is cheerful, optimistic, and simple to the point of being ditzy—this, however, conceals his tragic past.

After leaving his hometown, Rougetsu Village, Damian came to Asou City, working as a wage earner in Happy Street Mall.

He hopes that he might spend his entire life surrounded by smiles and laughter, but wouldn't care if people didn't miss him if he was gone.

However, as rumors start to spread of people in Asou City starting to go missing one after another,  Damian encounters a kobold-like creature. From that moment on, his life would never be the same again...

Spirit: Summoners of Áine-Chlair is a semi-linear episodic visual novel, but you CAN choose to spend your time and/or pursue a relationship with your friends. Each of them have their own personality and backstory. 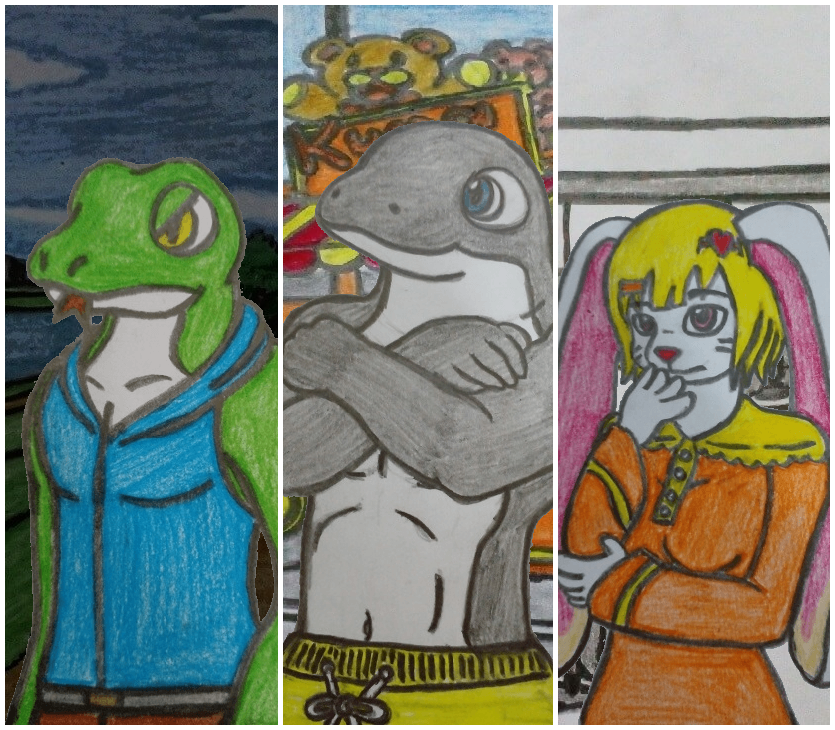 If you wish to support the project, please consider supporting me on Patreon. By doing so, you will get early access to builds and a variety of additional perks.

For information about game updates and more, consider following me on  Twitter.

As a big fan of Furryflex, Damian has plenty of DVD collections (Visual Novels) he likes! Feel free to check them out!

Our Survey has been updated in accordance with the new build, so make sure to fill it out if you have time.

How do I update my game after a new update release?

This varies depending on what platform you're on. If on Android, simply download the new build and install it. It should automatically update the version of the game you have installed. If on Windows/MAC/Linux, simply delete the old "Spirit: Summoners of Áine-Chlair" game folder and download the new one. Your saves are stored in your local files, so they should be retained after the update.

(Please note that the Android version is not stable on all Android devices. It is recommended to play the Windows, MAC, or Linux versions when possible.)

If you encounter any bugs or typos, let me know in the comments or contact me through our discord server and survey.  Attaching a screenshot of the scene, dialogue prior to the issue and/or error messages would greatly help us fix the problem.

Picked this up the other day and was sad when I hit the early end.
The writing feels a little "Rough around the edges" in a few spots, but that is really the only negative I can see.
Otherwise. The artwork is absolutely amazing; from backgrounds and vehicles, to beastmen and monsters, the artwork maintains a great amount of visual consistency and is great eye candy. Partner that with the great use of the Ren'py engine's ability to move the characters on the screen, and it very well puts the "Visual" in visual novel.

The story itself is very enticing too, Starting off with Damien and slowly reeling in the other characters was smooth. Damien's personality, background and interactions with his friends were entertaining and far from boring.
Overall an amazing visual novel and I cannot wait to see where it goes! 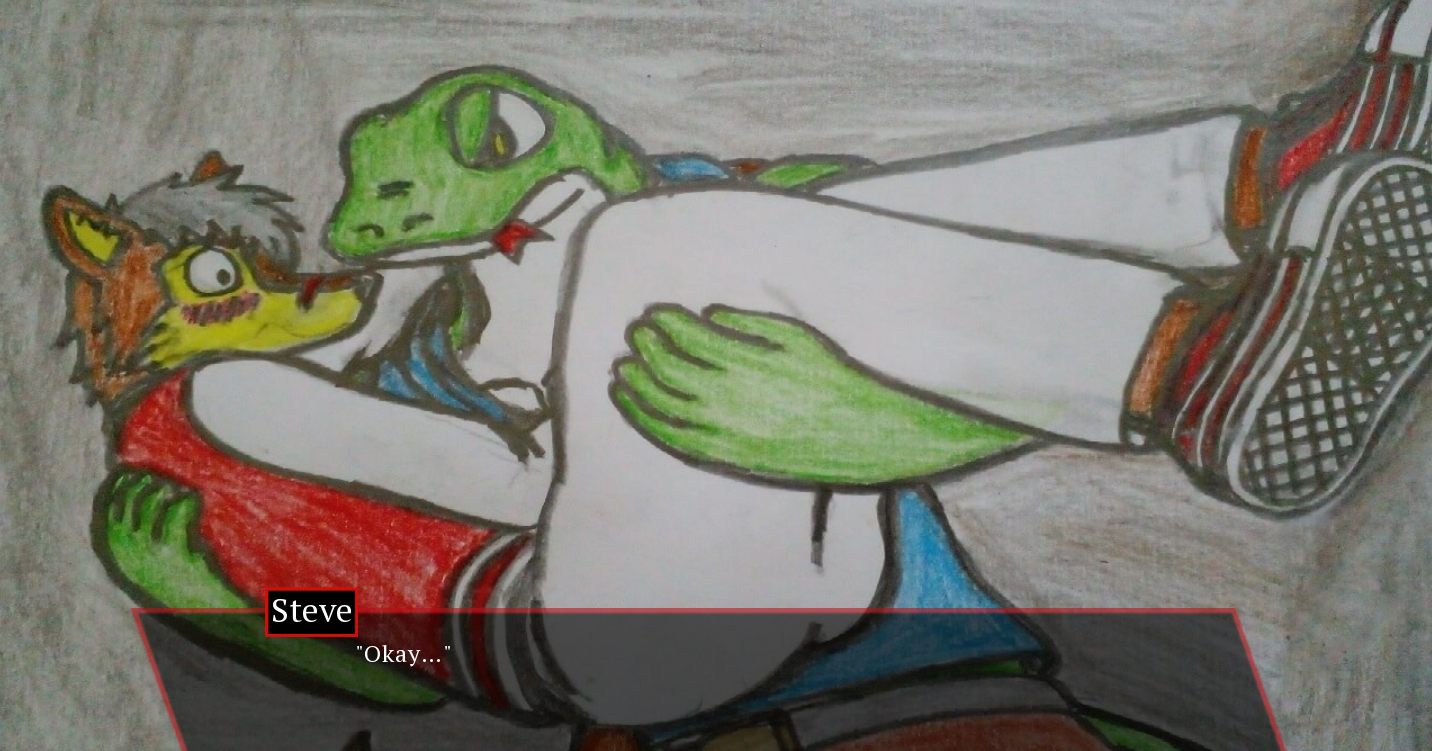 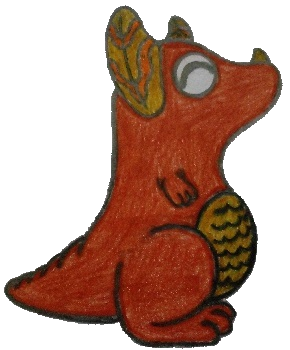 Reply
the guy who asked29 days ago

Thank you, I'm glad you liked it.

I always looked forward to the beast when it updated! I did rather enjoy it. I look forward to trying this one out. You do a great job. I love how everything is drawn and the story behind your novels. Keep up the great work!

I LOVE all the VN references ^^_ have I found them all, or have I missed 1ne?

Sileo: Tale of a New Dawn

Just made an account to say that I love the dedication that you have put in the story and the drawings.

There are some small typos here and there but other than that I really enjoyed this VN so far. I'll be definitely looking forward to the next chapters!

The kobold is so cute 😍

Honestly the history is great and the characters are perfect, and the art style is so original and cool, I definetely liked the game and am looking forward for the next updates!

There you go~ hehehehe~

I hope your doing good ghostie

In actualluty. how the fuck u spell actualuality. This visual novel really makes me excited to read more. I'm very curious to see what Damian can do with his spirit! The music choice was really good, I felt like I got hit by a bus when we were in Damian's flashback.

oh yeah question, when you do face expressions do you have to erase the color and then make the expressions? cuz i'm confused on how you do it because erasing colors in paper is hard

I drew another one on another paper.

Did you use sounds from you other VN?

i think hand drawn has it own charm to it X3

Nice game so far keep up the good work

Love how you have the guy from no more future, Wen he packed them i thought i seen him to

I'm liking the story so far! The characters are very endearing and I like how you successfully manage the shifts from the serious bits to the silly bits, kudos!

The humor also works for me, which is pretty rare in the VNs I've read so far. I especially chuckle when Damien talks to the Player (even though I hope the reason for this fourth wall breaks will be explored later on). xD

Keep up the work!

Gotcha~ I'll keep that in mind

What a lovely VN💗

Those references are hilarous, I already have liked this proyect,  I think I'll leave it installed...

If It's not a burden, Can I correct some things I detected?

Again. Hope It's not a burden, and if it is, I'll delete the comment. No strings attached. 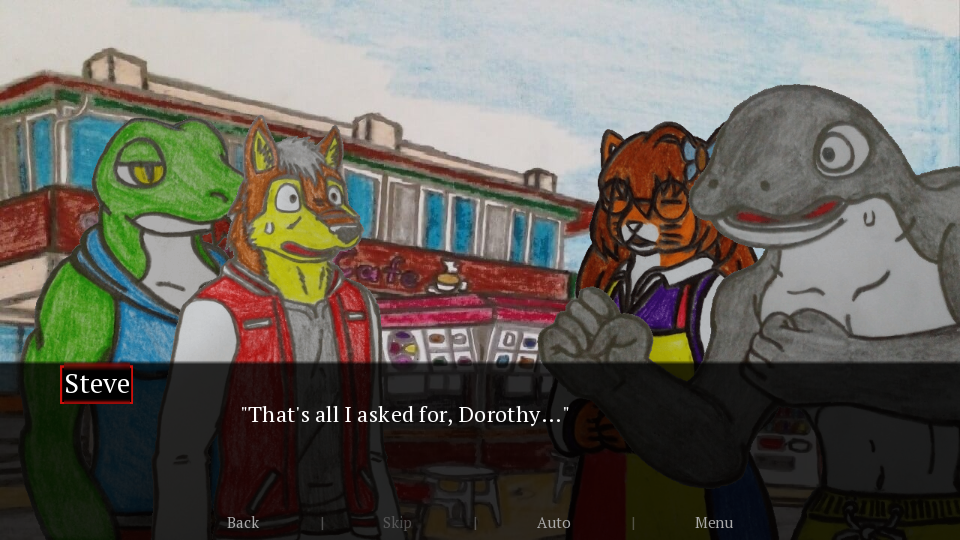 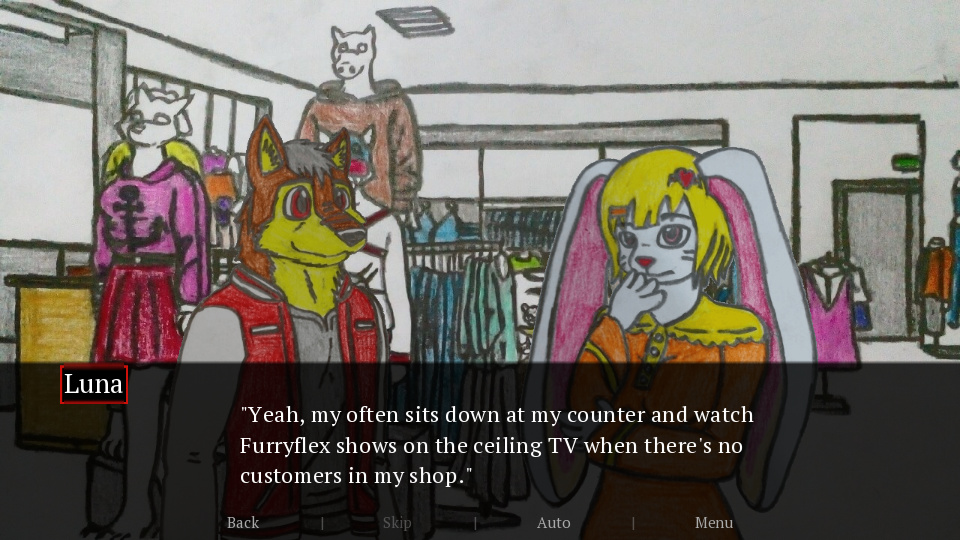 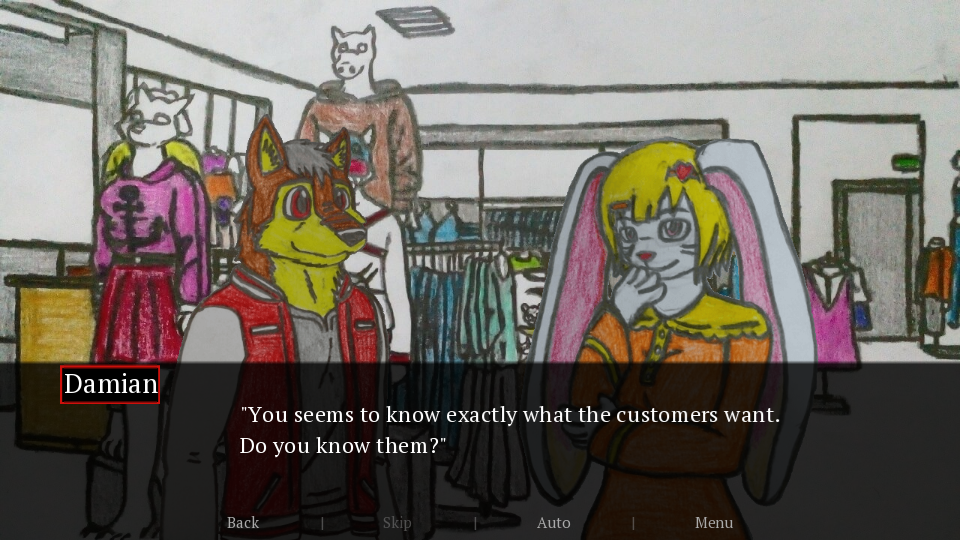 Teehee~ thank you for pointing out my type/grammar~ I appreciate it~ :p

hello! I played the demo and it was great! it's nice to see different species than the usual aside from the protagonist. I noticed you have made a lot reference from other visual novels and how in the in-story they are either movies or series. Keep up the good work! :D

I love the references you put from others vns

I am so excited 😊

An amazing start to the story! I really liked all of those references from different VNs and all of their plushies were adorable. The story seems really interesting so far and we already got a glimpse of some of the character's backstory which already gives us someone to choose as a favorite. As always, amazing artwork. It's really impressive to be drawing all of these characters and backgrounds by hand with so much detail. Keep up the amazing work!

Thank you, I'm glad you enjoy it.

Just played it!  Enjoyable, thanks for posting

Nyah~ ^w^ I love all the references to other VN's! :D This story is really cute so far~!

Was fun! I hope the name isn't too hard to remember and search for. I'll probably just remember it as spirit summoners by ghostie xD

You can try SSoAC :p

YAY you financially got this out I've been waiting 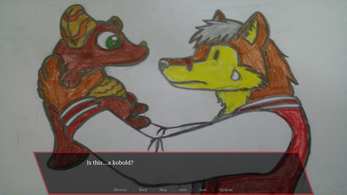