Honestly the most interesting vn i've ever played! Haven't gotten very far, but i really enjoy it!

One question. Are still going to develop this game?

Is this game still being worked on?

THE BEAST is currently on hiatus, I'm now working on my second project.

hey me and my friend are arguing over if jacob is a cat or not is he?

Amazing!I do like this game which both the story and the game mode suits me!Hope Blu and Ryu be couple and beat the demon lord.Support you dude!

One of the most amazing vn's I seen in this entire platform, hope you can finish this someday cuz the story is a bop!

Me and my friends have started playing this game and it definitely isn't the best, But the characters are funny.

so I decided to make some fanart! 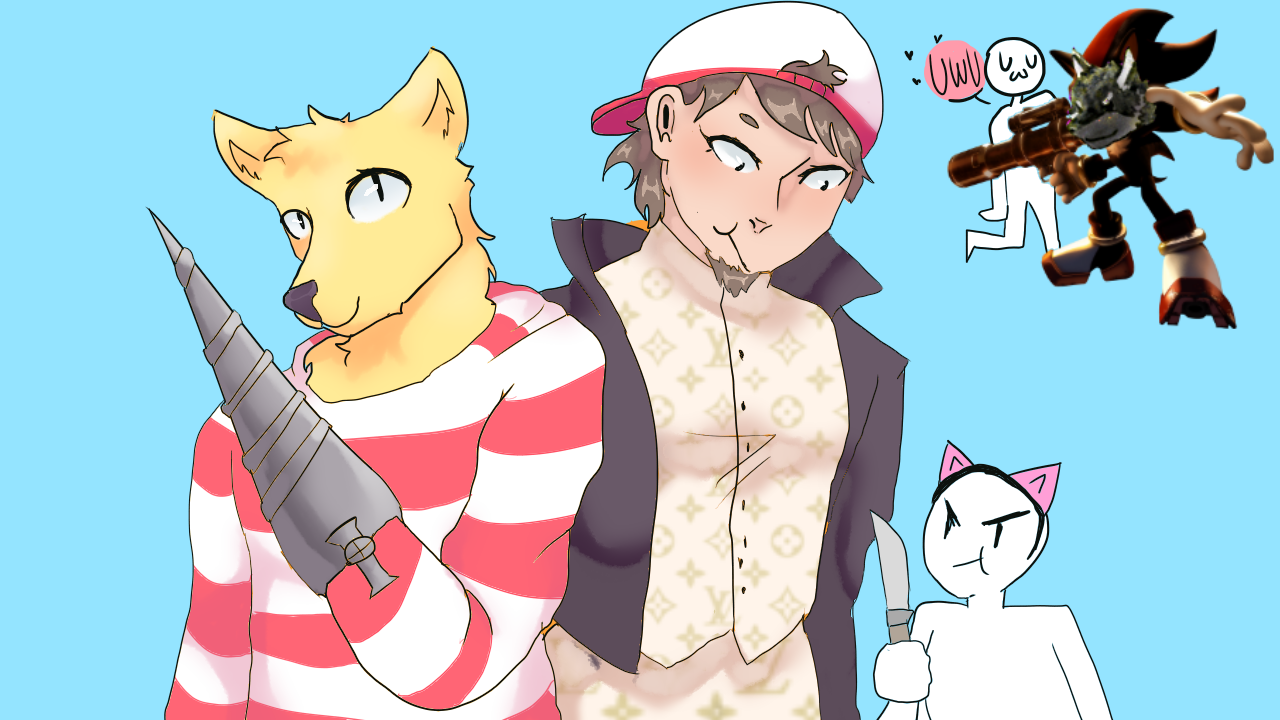 (jacob is our favorite)

Ooooh, I love it~

I'm having trouble in Ryu's fight against the banana bitches, can anyone help me?

I'm trying, that was the first strategy I even used, I just can't seem to beat them.

Attack her with the normal "Attack" at your first turn, then use a Skill to heal yourself at your second turn so that you can survive Flaven's spore detonation, then take her down with "Brutal Strength".

Thanks! I'll try this strategy out

By the way, I appreciate how you drew the characters by hand!

Is there any nsfw?

if for nsfw you're talking strictly about sex then no, there isn't, still an amazing VN nonetheless

So it's not worth wasting time on, got it!

That's the worst kind of take. What the actual hell.

"When it doesn't have d*cks then it's a waste of time, and better be a rude asswipe about it in front of the creator in their comment section!"

Yeah, I bet Adastra would've been such a waste of time if it didn't have d*cks to remind you to hold some emotional attachment to the characters. Noooothing else to hold onto. Mhm. Yup.

Also, there you go, you've been immortalised on FVN Reddit. Congratulations.

No need to be so sensitive about things, I didn't tell anyone to kill themselves, did I? I hope you are posting this on reddit as well. Can't wait for it!

If you couldn't care less about the story, then you shouldn't be wasting your time being an asshole in my comment section in the first place.

If you don't like my project, so be it! But that doesn't mean I will sit here and tolerate your BS!

The reason why I even found your comment was through that post. I'm just someone who wasted my time spelling out the obvious and what most people echoed on the thread.

You're just digging further by doubling down, and it got so ridiculous it went from being depressing to hilarious, so... Since you don't care about being the entire circus, I'll just leave you be with a shrug and appreciate the rest of the spectacle from afar.

Wow! Another person that isn't just here for the NSFW stuff!

by any chance is English not your native tongue?

perhaps you mean?
"you've been bedridden for 5 years..."

later i'll compile a complete list of potential fixes but for now i just want to enjoy the story :).

maybe it meant they've been bedridden and woke up 5 years ago?

When will be the next update???

I'm working on a new project, so THE BEAST is currently on hiatus until further notice.

Nice, i though you have stopped working on this incredible game, good luck on your next project!

hi! i love your game so much! only issue is i suck at the battle scenes, but that only makes me more determined to win. right now im stuck at viola's battle, but i'll get past it eventually! thanks again for such an awesome game!

Which one of Viola's battles

i hope its going to be updated soon >.< i really like it.

This game is so good .I like it a lot but the fight made me to waste 1 hour to defeat the monster. So i saw that a lot of people say that waste a lot of time , i will teach how to fight againt the flower monster. First three time , use the basic attack , then when turn to Jacod use the second skill , the armor will break after it . Then attack the woman that is fat first because her skill is recorved the flower. Then, just repeat it . My suggestion is use the skill for Jacod and the guy that has wear cap . The damage of captain basic attack is higher. This is all my suggestion . Hope this will help all of you save time and can enjoy the story.

if you mean the woman who resurrects the flower, then its prima, the old one, not fatty. But this helped a lot!

Oh..ok , thanks for saying my problem.Cause i forget what is her name already.

You just focus on prima, it will probably help you

I know you wont get to me soon but please when you are available can you tell me if i am up to date. I ended at Ryu shooting jack/virdis and then the dragon guy blocked it and it ended there.(Just edited here) How do i update it(Edited it again lol)will there be NSFW

how hard to defeat flower girls

Can you skip the battle the second time you play? When I want to see the previous story, it will waste a lot of time.

Is there nsfw scenes?

Lol I'll keep that in mind

OHHH MYYYY FUCKING GOOOOD, this is best VN i ever readed!

It's my second favourite VN with a PASSWORD, and Identity.

Sadly, everything gone when they both was thinking about lewd stuff when Blu sleeping in Eve's Car while Jack resurrecting all people from graves, i really want to see how this story will ends!

I rated five, this deserves it

this is what means "man's best friend"

First off, I just want to say I absolutely adore this game. Haven't played it all yet, but I can already tell this game is going to have a special place in my heart.

Anyways, I wanted to ask something a bit weird. I'm kind of a grammar nerd and I have a weirdly deep understanding of the complexities and nuances of the English language. I'm not a professional novelist or editor in any capacity, but I would love if I could offer my English skills to you.

My plan is to go through the entire game and jot down anything I think could use some better language on a digitized document. I'll mostly keep to grammar, but if I find something I think I could improve tonal or diction-wise, I'll add it to the doc as well.

If you're interested in my proposal, then just comment as such and I'll make sure to send the document when it is completed.

I hope this comment finds you well and that you have a lovely rest of your day.

PS. The song that plays in Eric's room... you wouldn't have that on hand, would you? It's very pleasing to the ears.

Thank you, I'm glad you enjoy THE BEAST. I appreciate your help, but I'm currently have a proofreader working on the proofreading. However, feel free to DM me on Discord (Ghostiespectie (THE BEAST VN)#9637) 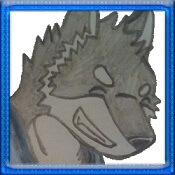 good afternoon, I have a question, I haven't played in a while and I remember that before I had the image of the characters' faces under their names, did you take that away?

Sorry for the inconvenience, it was an error because of the settings that I put.

but I want to ask another question, how do I give 5 stars?

At the upper right XD

Try to keep all your teammates alive as much as possible. Use Drill Guard when things went wrong and heal early. Once you defeated Flavens and if you still have your turn available, attack Prima before she resurrects Flavens.

thx figured it out. love this vn by the way cant wit for more

Possible in the future~ 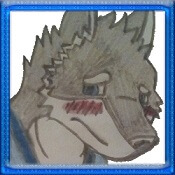 Can I do a recolor of this? I'd like to test my skills. If it's okay with the creator. I'd do it for free also.

Sure, if you want to.

ok thanks☺️, shall i tag you on twitter with the recolors? I love how you draw, but i prefer something else as a coloring tool preferably on a tablet/phone 🎋

Oh, yeah. Tag me so I can see it hehe

Who knew in 2 weeks time we'd be 1 year since this game became published (even though I only recently just downloaded the game and played through the entire current build), oh how time flies.

Hello. I was skeptic at first when I first saw the characters being knockoffs/copied from other VNs and video games but in the end... the story holds up very well and the roleplaying feature really kept me playing more and think heavily on strategy on how to beat your opponents and etc. You really did a good job making this visual novel! :D

dawww. It was getting good! Oh I did manage to beat viola and that worm creature once! But of course the story had to progress so it still played as though you lost. XD. I do enjoy trying to beat the enemies with everyone. I did want to ask if it’s possible to actually beat every single enemy?

There's only one battle that is unbeatable atm

Ah is it the one I think without giving a spoiler? XD

I am crying 😭 now

I love the game, it is so interesting. I want to play more of this. I hope it will complete soon. Thanks for making the game, GhostieSpectie.

I like the art work. It is so well done.

I feel the same way and I haven't even played the damn thing!